Situated just two hours outside of Cancun, Mexico, is Coba, one of the most prominent ancient Mayan sites in the Yucatan Peninsula. The archeological ruins are located next to several crystal lakes, and its lush, remote location means it’s tucked away from the masses of tourists. It is also considered to be the location of the largest Mayan settlement in the Yucatan Peninsula. Where are the Coba Ruins located?

Coba is nestled between Lago Coba (Lake Coba) and Lago Macanxoc (Lake Macanxoc). These lakes are believed to have given Coba its name, which translates to “waters stirred by wind.” Its lakeside location provides a stunning backdrop to the ancient stone structures in Coba.

However, the ruins themselves are in the middle of a wild jungle. During your visit, you’ll find that many of the structures are covered in a dense overgrowth of vines and trees. This setting adds an eerie and mysterious vibe to the area. We have always driven ourselves to Coba, click here to check rental car rates. 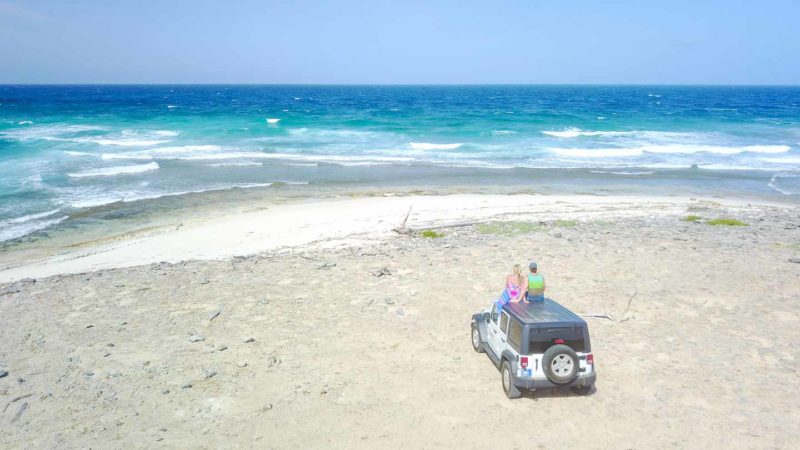 Explore on your own
#1 Tip – Rent a car in Mexico
Have ultimate freedom and save tons of money on tours with your own rental car! Don’t worry – It’s safe (we’ve rented 20+ times), the roads are good, and it’s easier than you think! We always rent from Discover Cars, it’s easy & they have the best prices.

Coba is open daily, but if possible, we suggest visiting during the week. The weekends seem to be busier as more local tourists are traveling on the weekend. We also suggest bringing cash, especially if you are parking. Visiting Coba is one of the top things to do in the Yucatan. Most tourists join large tour groups if you choose to rent a car (which we advise), you can plan your visit around them. Go right away in the morning before the big tour groups arrive or in the late afternoon. This will make for a more relaxing & quiet visit to Coba. Plus, the temperatures are much more tolerable.

One of the cheapest and best ways to explore Coba is by renting a car and making your own trip. Rental cars in Mexico are cheap, and driving in Mexico is a lot easier than you’d think. Make sure to read our rental car tips here. We’ve rented a car 10+ times in Mexico and wouldn’t explore any other way. Click here to check rates on Discovercars.com. They have the best prices and free cancelations.

No matter what time of year you visit, Coba is always hot. Make sure to bring plenty of water. You’ll need it. There will be water for purchase if you run out. You might also want to wear a hat or bring an umbrella to help block the sun as well. The heat is no joke. You can choose to walk to all the sites, rent a bike, or take a bike taxi. The site itself is very spread out, we opted for the bike taxi, and it still took us over an hour to see all of the structures. If you are short on time, it’s super hot, or not up for walking. It’s well worth it. Prices vary but expect 75-100 pesos and make sure to tip. Out of all the ruins in the Yucatan Peninsula, Coba is considered one of the least excavated and least reconstructed. For this reason, it offers a rare glimpse into the real life of the ancient Mayans. You might even spot a few tropical birds and monkeys that live in the jungle!

The oldest artifacts found in Coba are from 50 BC to 100 AD, making it one of the oldest settlements in the Mayan world. However, historians believe that it wasn’t until 200 to 600 AD that Coba became the powerful ruling city that it’s known as.

Coba once dominated a large portion of the Yucatan, including Quintana Roo. Not only did the settlement control a vast amount of farmland, but it also had direct access to water resources, which was crucial for trading and expansion.

The city even had deep relationships with other areas, including Guatemala and Campeche. By establishing strong military alliances with these states, they could remain in total control of the surrounding regions.

During its height, Coba had around 50,000 residents, making it one of the largest cities in the Mayan world. However, it wasn’t long before the rise of neighboring Chichen Itza took some of the important political and economic power away from Coba. The struggle to remain in power proved difficult, and unfortunately, Coba started to diminish in 1000 AD.

It wasn’t until the Spanish conquest in 1550 that Coba was completely abandoned.

The first documented record of Coba was also in John Lloyd Stephens and Frederick Catherwood’s “Incidents of Travel in Yucatan.” However, the settlement’s remote spot made it challenging to locate, and Coba remained untouched for many more decades following the book’s publication.

In the 20th century, it was rediscovered by Dr. Thomas Gann, who was led to the site by local Mayan hunters. Since then, extensive research and excavation digs have shed light on this once hidden settlement.

There are plenty of sights and attractions to see during your visit to Coba. Some of the most essential things to see are the sacbe, or stone highways. These sacbe stem from the center of Coba and extend to many larger cities in the surrounding areas.

In total, there are around 50 different sacbe in Coba. The longest is over 62 miles long and connects Coba with the site of Yaxuna. It’s considered the oldest and most advanced road in the ancient world! Standing 137 feet high, the Nohoch Mul Pyramid contains 130 steps to the top. Don’t worry if the steep height looks intimidating; there’s a sturdy rope that you can hold to help you ascend the pyramid. It’s well worth the effort to climb to the top because, at the peak, you’ll enjoy sweeping, panoramic views of both Lake Macanxoc and Lake Coba. Another big attraction in Coba is the Coba group, a complex of structures near the main entrance. Here, you can find the Iglesia, or church, as well as a ball court. Mayan ball courts can be found throughout the Yucatan and were used to play the recreational sport of Mesopotamian ball.

Finally, don’t forget to visit the Coba Stalae, a collection of stone slabs that contain drawings and glyphs. These images represent essential dates and moments in history and show what daily life was like in Coba. The images also depict traditional dress, Mayan ritual processes, and other ceremonial and political activities.

While there are several prominent buildings in Coba, much of the region remains unexcavated. Archaeologists believe that there are still over 5,000 sites and mounds to be discovered in Coba!

The Coba Ruins are quite large, and sprawl several acres deep into the forest. One of the easiest ways to explore everything Coba has to offer is by bike. Bike rentals are available in the ruins, and allow you to speed between the different landmarks and attractions.

If you’d rather relax than pedal, you can hire a Mayan taxi driver for an extra fee. This way, a local guide will drive you around on his three-wheeled bike as you are personally chauffeured to your favorite sites and attractions around Coba. After a visit to Coba Ruins, you should consider cooling off in one of the surrounding cenotes. These limestone fresh-water sinkholes are perfect for a refreshing swim or dip after a long climb up the pyramid or cycle ride through the ruins. Although there are just three cenotes around Coba, you can find dozens of other cenotes in the Yucatan Peninsula.

Between the lush jungle vines and the unearthed landmarks and structures, Coba is a place for discovery. It’s one of the rare settlements that hasn’t been overrun by crowds or impacted by tourists. If you’re looking for a unique experience filled with historic treasures and stunning landscapes, then make sure to add Coba to your bucket list.

Places in Mexico to Visit Before or After Playa del Carmen

If you’ve got more time to explore Mexico, there are some amazing places nearby you should check out. If you can’t make it on this trip, consider them on your next trip. Make sure to check out some of our other Mexico articles to fuel your wanderlust. 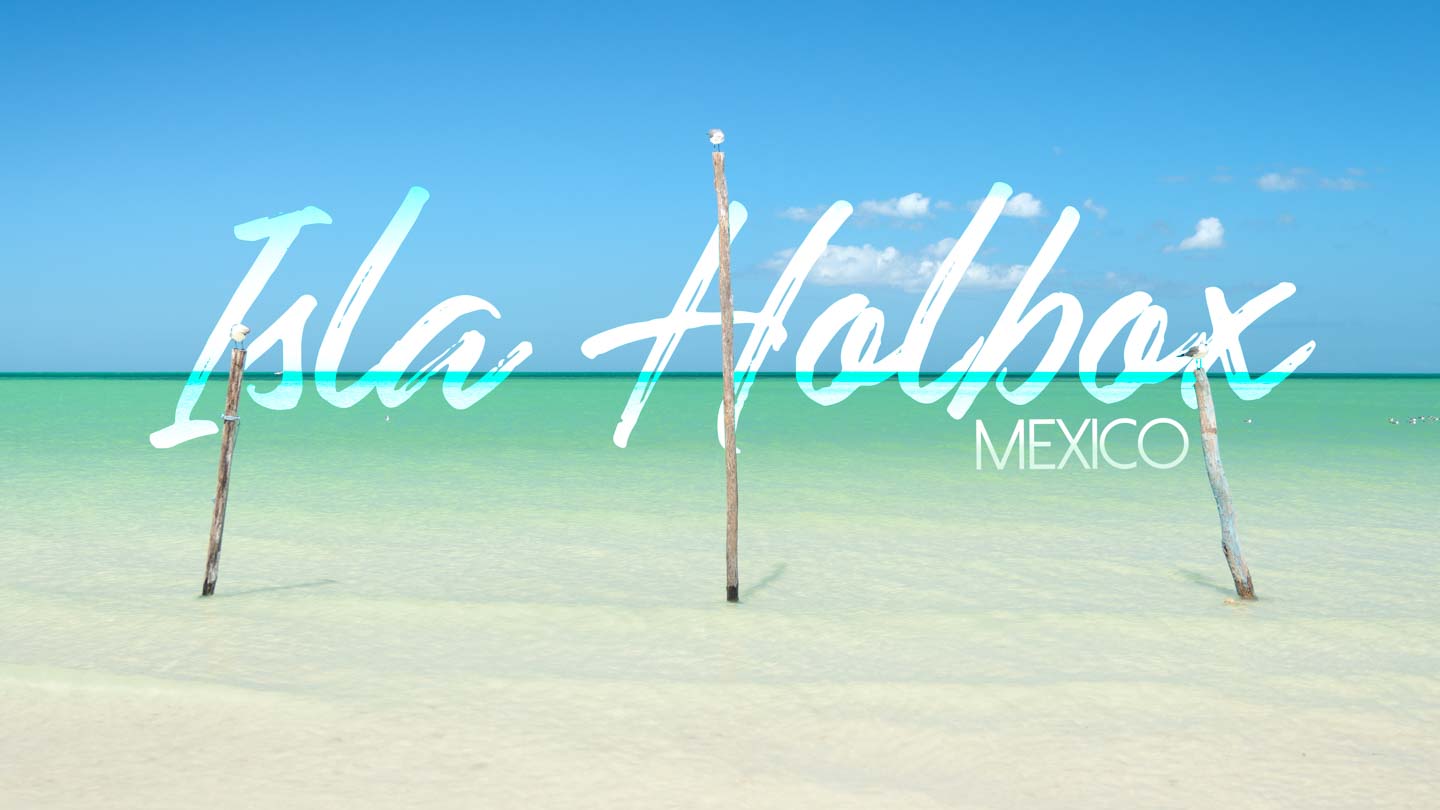 Lying just off the northern coastline of Mexico’s Yucatan Peninsula, Isla Holbox is an island paradise that you NEED to visit! No cars, no paved roads, miles, and miles of… 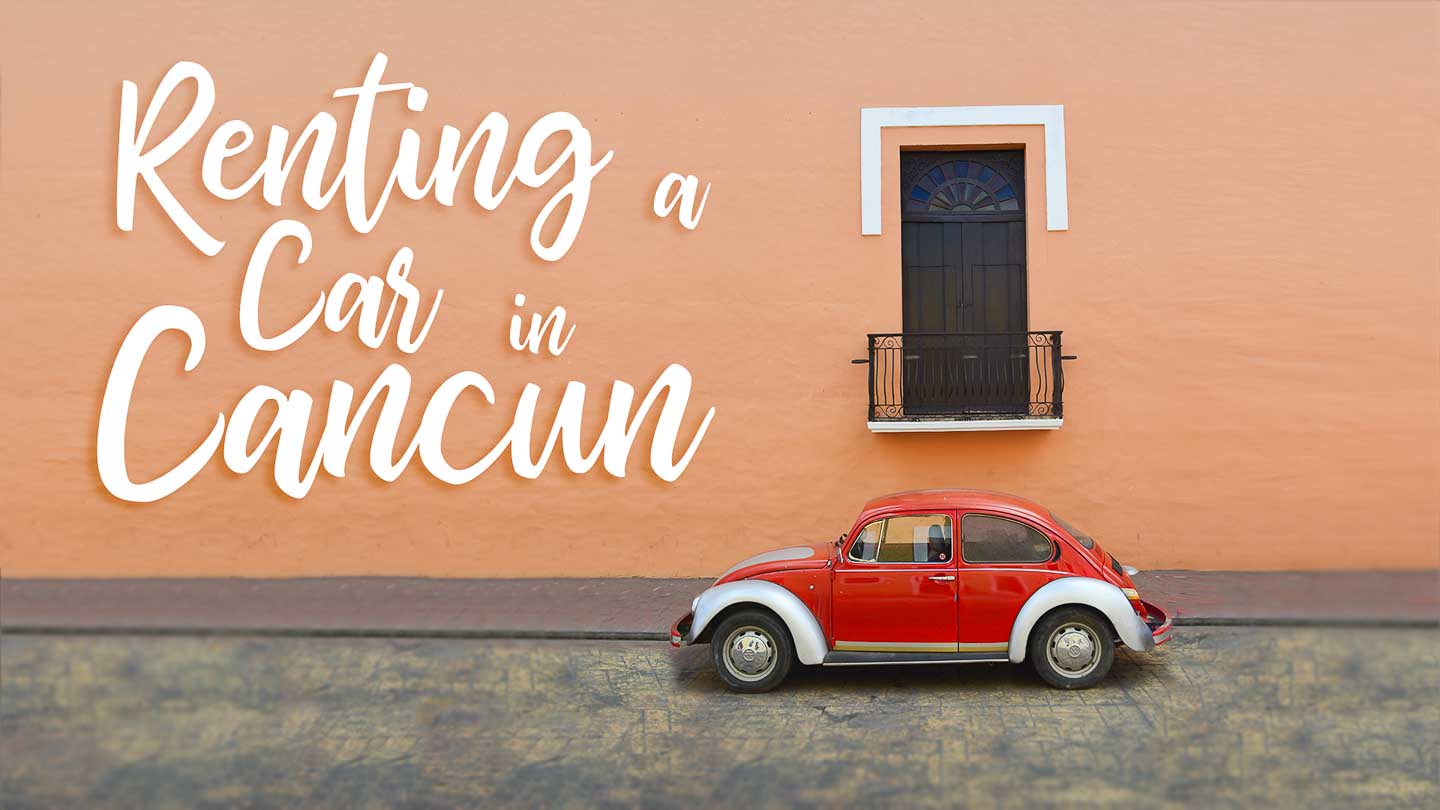 We think the best way to see Mexico, especially the Yucatan Peninsula, is to drive it yourself. Without a car, you’ll be confined to overpriced, basic packaged tours with hordes… When you think of Mexico, you instantly think of the gorgeous white sandy beaches and turquoise waters. But what if we told you there is even somewhere cooler to swim…

9 thoughts on “Climbing Coba Ruins – Everything You NEED to Know”