No that’s not a typo, I am not talking about monkeys, although you really shouldn’t feed them either, I am talking about the orange-clad Buddhist Monks of Laos. Every morning the people of Luang Prabang wake up before dawn to prepare food and take it to the streets for the morning alms ceremony in Lao called Tak Bat. They lay a simple blanket on the sidewalk and kneel, waiting for the Monks of the nearly 80 different temples to leave on their morning rounds.

The monks collect food from the town’s people and that is the food that sustains them for the day. The people do this as their sacrifice, but also to support the monks and their religion. This is done every day as it has for centuries… Only in recent years, there have been some new faces passing rice to the monks. The new ‘cool’ thing to do is to take part in the centuries-old transitions of the Theravada monks in Luang Prabang, Laos. You can actually pay a tour company to pass out food and get your pictures taken with the monks! 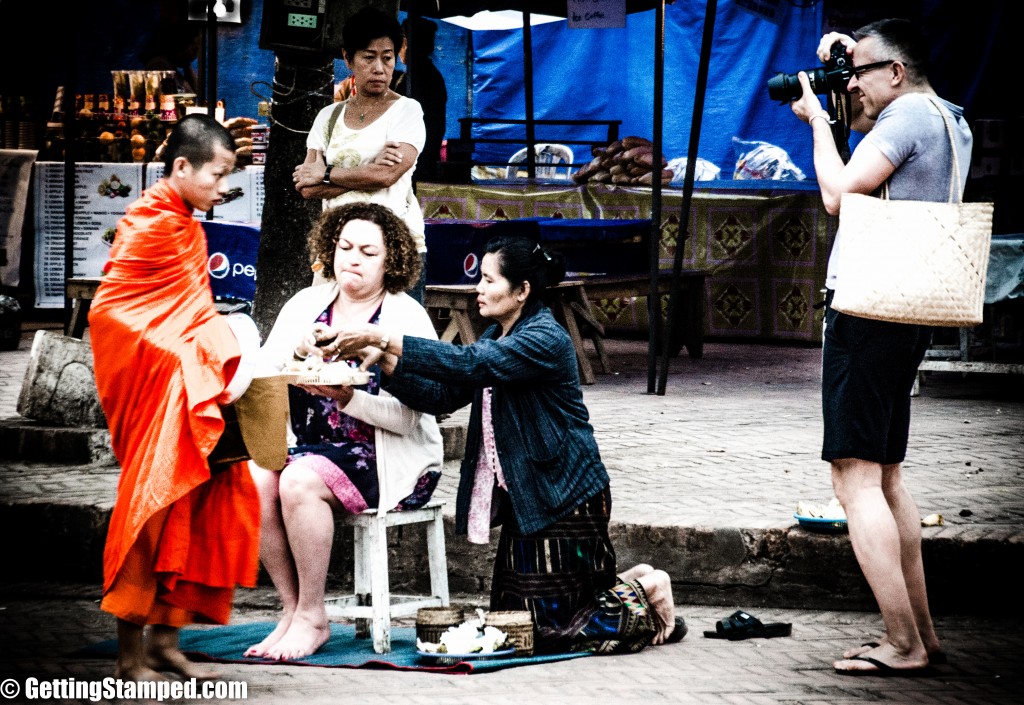 Apparently it has gotten bad enough that the monks considered stopping the tradition, basically because tourists were ruining it, and turning it into a circus. However, the government put a stop to that idea, realizing where the tourist dollars are coming from, and told the monks that if you don’t continue we will replace you with fake monks to keep up appearances. So am I a hypocrite? Am I part of the problem? Maybe. I went to the town. I watched the procession of the monks collecting Alms. So maybe I am part of the problem, but I did it in what I felt was a respectful observation. I watched from the other end of a 300mm zoom lens, from no closer than across the street from a group of monks. Even then I still felt intrusive. It’s a beautiful ceremony, and I left feeling like I am just helping to kill it. Luang Prabang has risen to a top spot in South East Asia, but I can’t help but to feel it was for the wrong reasons. The town in general, felt (to me) very patronizing and fake, like it was built around something it shouldn’t have been, so much so that it almost killed it. 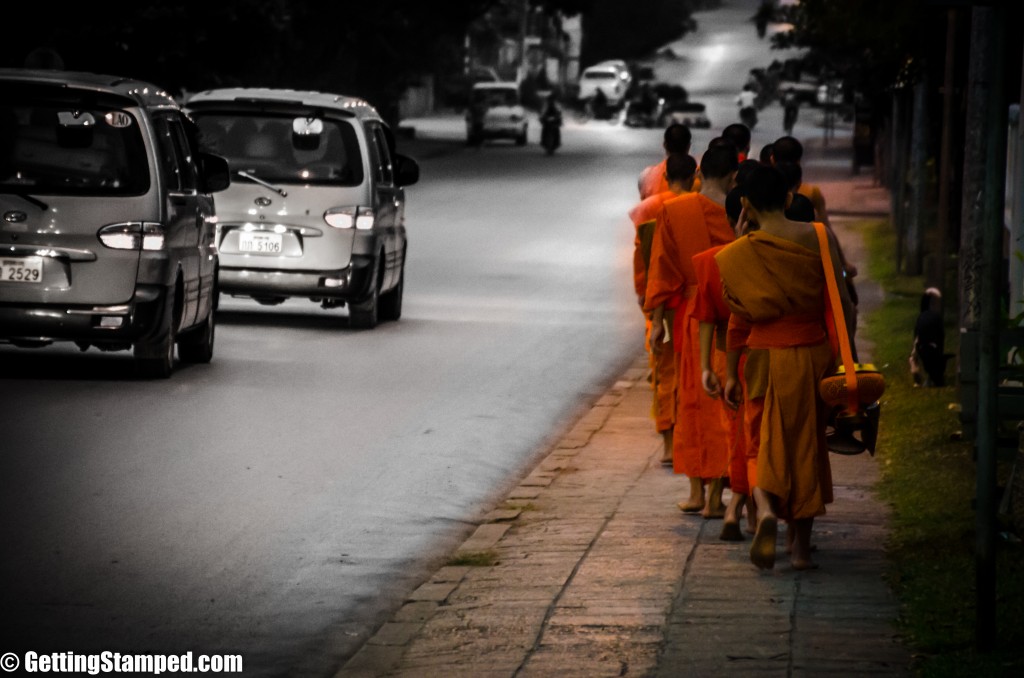